Campaign In Russia: The Waffen SS on the Eastern Front

Campaign In Russia: The Waffen SS on the Eastern Front

Campaign In Russia: The Waffen SS on the Eastern Front
The Epic of the Volunteer Wallonian Legion, A Unit of the Pan-European Waffen SS, as Told by Its Leader, Leon Degrelle
The Russians came at dawn, the better part of two regiments, men and tanks silhouetted against the blood-red sun as they moved forward across the steppe. Huddled among the peasants' huts of Gromovaya-Balka, the men of the Wallonian Legion awaited them, silently cursing the frozen earth, which had offered implacable resistance to their entrenching tools.
Against the oncoming Soviet troops—4,000 of them—and the 14 tanks which accompanied them, the 500 Belgian volunteers who held the village disposed of no weapons heavier than machine guns. Their only hope was to hold on until the German command, hard pressed all along the Samara front, could rush them reinforcements badly needed in other sectors.
Corporal Leon Degrelle crouched behind the frozen carcass of a horse, sighting down the barrel of his MG34. He gave no heed to the bitter cold or to his injured foot, painfully broken two weeks before.
The Russian artillery shells were already landing in the village, inflicting terrible casualties when they were on target. Now the Soviet infantry broke into a run, their blood-curdling battle cry, "Ourrah pobieda!," "Hurrah for victory!," ringing in the ears of the French-speaking Walloons, drowning out the cries of the wounded and dying. Degrelle and his comrades began to fire, tearing big gaps in the ranks of the advancing Russians...

Leon Degrelle
CAMPAIGN IN RUSSIA
THE WAFFEN SS ON THE EASTERN FRONT
Degrelle recounts the war in the East as he lived and fought it, across the sun-baked steppes of the Ukraine, in the depths of the marrow-chilling Russian winter, to the foothills of the Caucasus and the threshold of Asia, through the stinking mud and the flaming hell of Cherkassy, across the rolling plains of Estonia and the Pomeranian lake country. You'll be with him as time and time again he leads his men through torrents of shot and shell that would have daunted all but the most fearless. You'll learn what drove the 35-year-old Degrelle—a man who had never so much as fired a gun, a brilliant intellectual and his country's most charismatic political leader, idolized by the multitudes who followed him—to enlist as a private in the legion he himself organized to join his nation's conqueror in its fight against the Communist enemy.
You'll learn the other side of the Bitburg story, the epic of the Waffen SS, suppressed in the controlled media, told by a man whose unique literary talent and unmatched combat experience make him the premier spokesmen for his fallen comrades. War criminals? Victims of Hitlerism? Now you'll be able to judge for yourself.
"Through the epic of the Belgian volunteers—one unit among a hundred others—it is the entire Russian front which is going to come into view once more, with the sunny days of the great victories, with the still more moving days of the great defeats, defeats that were imposed by physical circumstances, but that the will did not accept.
"Out there, in the endless steppes, men lived.
"You, reader, friend or enemy—watch them come back to life; for we are living in a period when one must look very hard to find real men, and they were that, to the very marrow of their bones, as you are going to see."

About the Author:
Leon Degrelle was born in 1906 in Bouillon, a small town in the Belgian Ardennes, to a family of French origin.
He studied at the University of Louvain where he acquired a doctorate in law. He was—and is—also interested in other academic disciplines such as political science, art, archeology and Tomistic philosophy.
As a student his natural gift of leadership became apparent. By the time he reached twenty years of age he had already published five books and was operating his own newspaper. Out of his deep Christian conviction he joined Belgium's Catholic Action Movement and soon became one of its leaders.
By the time he was 25 he had addressed more than 2,000 meetings, always controversial. His books and newspaper were read all over Belgium. His passion was people. He wanted to win the crowds, particularly the Marxist ones. He wanted them to share his ideals of social and spiritual renewal; to lift people up; to forge with them a stable, efficient and responsible State backed by the good sense of people and for their sole benefit.
In a few short years he had won over a large part of the Belgian population, and on the twenty-fourth of May 1936 his Rexist Party won a smashing electoral victory against the established parties: Thirty-four house and senate seats.
Widely-travelled throughout Europe, Asia and North America, Mussolini invited him to Rome, Churchill saw him in London and Hitler received him in Berlin. Putting his political life on the line, he made desperate efforts to stop the railroading of Europe into another war.
One of the last to fight on the Eastern Front, Leon Degrelle escaped unconditional surrender by flying some 1,500 miles across Europe to Spain, crash landing on the beach of San Sebastian, critically wounded.
But against all odds he survived, building a new life in exile for himself and his family. Living and working in Spain today, Degrelle is the last and most important living witness of World War Two and the German campaign on the Eastern front.

Reviewer: sire readalot - favorite - August 16, 2021
Subject: leon degrelle a man greater than history in his head
leon degrelle ignores the evil truth of history france and england trying to strangle an innocent germany, whose great war against russian was begun with an alliance to crush poland...degrelle is a fantasist who put the loon in walloon..a man bedecked by himself in glory a heroic fantasist at heart a fascist who thinks he is more than a speck in history but he does have an important looking uniform 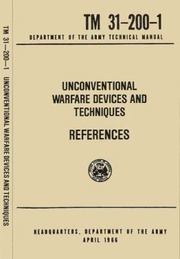